A downloadable game for Windows

This is a part (I didn't have time to finish it completely) of a very short experience created by one person in a few days for Scream Machine Jam 2020, so you can find bugs and glitches while playing.

The music was created by Python Blue:

And special thanks to Josiah for his help.

In the midst of the industrial revolution, Justus Vannacutt, a brilliant scientist and inventor ahead of his time, is obsessed with creating a machine... The Machine.

Justus doesn't know very well why he should create it or what its purpose is, he simply feels the need to create it. But the most disturbing thing is that the machine needs fuel to run and that fuel is very expensive to get... the machine asks for human beings.

Justus must focus all his efforts on creating the machine, so he has no choice but to hire a ruthless killer called The Niper, to get him the precious fuel that the machine demands.

This game was  very interesting for me to play, but I do have a few comments about it that I feel were major in influencing my opinion. First of all, the atmosphere of the game was fantastic. The fact that everything was based around a steampunk looking machine really made me enjoy the setting, as I really love steampunk styles. I also really loved the sounds and the lore that we could see through the notes left around. However, the one thing I would say about this game is that it doesn't feel satisfying to finish. I feel like there is so much that could've been done to make this game have an amazing ending, or maybe make it a bit longer and feel more impactful, but otherwise I enjoyed the game, even though I struggled.

Thank you very much for playing, for the video and for your feedback. I agree with you that it's very short and the ending abrupt... I couldn't do more to finish within game jam time, sorry.
I'm glad you had fun.

Short, sweet, and mysterious. The setting was grungy and full of secrets and the scattered letters only gave a piece of the whole story. The extra texts were a nice touch and I enjoyed the everything about the mechanics, they were very smooth. I noticed that the only thing I couldn't rotate was the payment letter. Nice work (:

Thank you so much for playing and for your kind words! 😊

I really liked this game. The music is very good and the puzzle is not easy. I would have liked the rest.
Bravo for this very neat achievement. The graphics are really up to par. Just missing a Mesh Collider on the still :-)
I also did a Myst-Like (CUTISH) with Unity.

I have seen that there is a demo of CUTISH, so I will try it.

it is a very wise decision!

Brilliant experience, definitely has the intense atmosphere and so many questions unanswered which makes me want to play more!

Not bad. Loved the atmosphere.

Thanks for playing and for your comments!

This was a nice escape room style experience! The puzzle had me stumped for a little bit, but it was nice piecing everything together to get out of there. Great game!

Pros and cons are down below) Check out my vid (the game is the first there):

1. A very interesting story. It's sinister and makes you wonder what the heck is even going on. Very well done!

2. I like the puzzles which involves Morse code. You don't have to understand it but it still is a nice feature. How about adding secret messages in this code in the full version of the game?

3. The style of the game is cool. Very steam punkish.

1. The animation of flames could be better. The lightning that you have created is very nice and the candles ruin it a bit.

2. I would love to see at least 1 jumpscare. The horror element was lacking for a demo version of a horror game.

3. Very short. That's kinda obvious) But I just would like to see the game prolonged by the addition of horror elements.

It was a very nice experience! Lots of reading) That way you learn more lore about the game, but as I have already said the horror aspect was lacking so the game didn't really catch me as a horror game. Maybe a bit more work at scared right in the demo would benefit it)

Hope my feedback was useful!

Thank you very much for the video and for the extensive feedback! 🤗
I really appreciate your comments, thanks to all of you I learn more in each game jam!

I am glad I was useful! I like giving well-though comments showing advantages and disadvantages. If you will ever need extensive feedback on any of your future projects - feel free to contact me here or on my YouTube page)

This game was super cool, and they video was sooo delayed! Sorry...

Absolutely!
IT was very fun!

Great game, short but I would love to see more, very intruiging. I made a review of it if you want to check it out!

Thanks for playing and for the comments!

Thanks for the video!!

Took me longer than I'd like to admit to figure out the puzzle x) Props on the game!  Would love to play more.

Great video and thanks for playing!

Awesome little game, loved the atmosphere! The puzzles reminded me of myst in a horror setting, so I really enjoyed it - and there was a nice hint of a much larger story as well.
Where did you get your assets from, if I may ask?

Thank you very much for your kind words! 😊

Most assets are from the Unity Store, except for some models and textures made by me 😉

Hello, I loved this game is fabulous, very entertaining, thanks for creating it. I invite everyone to subscribe to my channel: https://www.youtube.com/channel/UC7Ze0stcmF5zKGiRwGj2RJA?sub_confirmation=1

I enjoyed this a lot. Keep up the good work.

Thanks for playing and for the video!! 😊

Is the game finished and needs no further updates?

Although I mention it in the description, this is just the main level, the game was going to be more extensive but I didn't have time to do more. I don't plan to continue its development but you never know..
Thanks fot your interest! 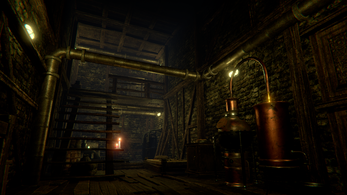 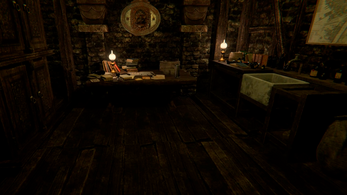 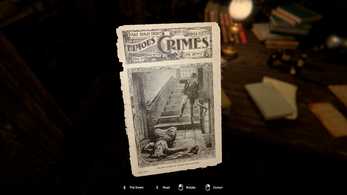 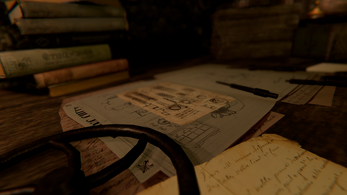